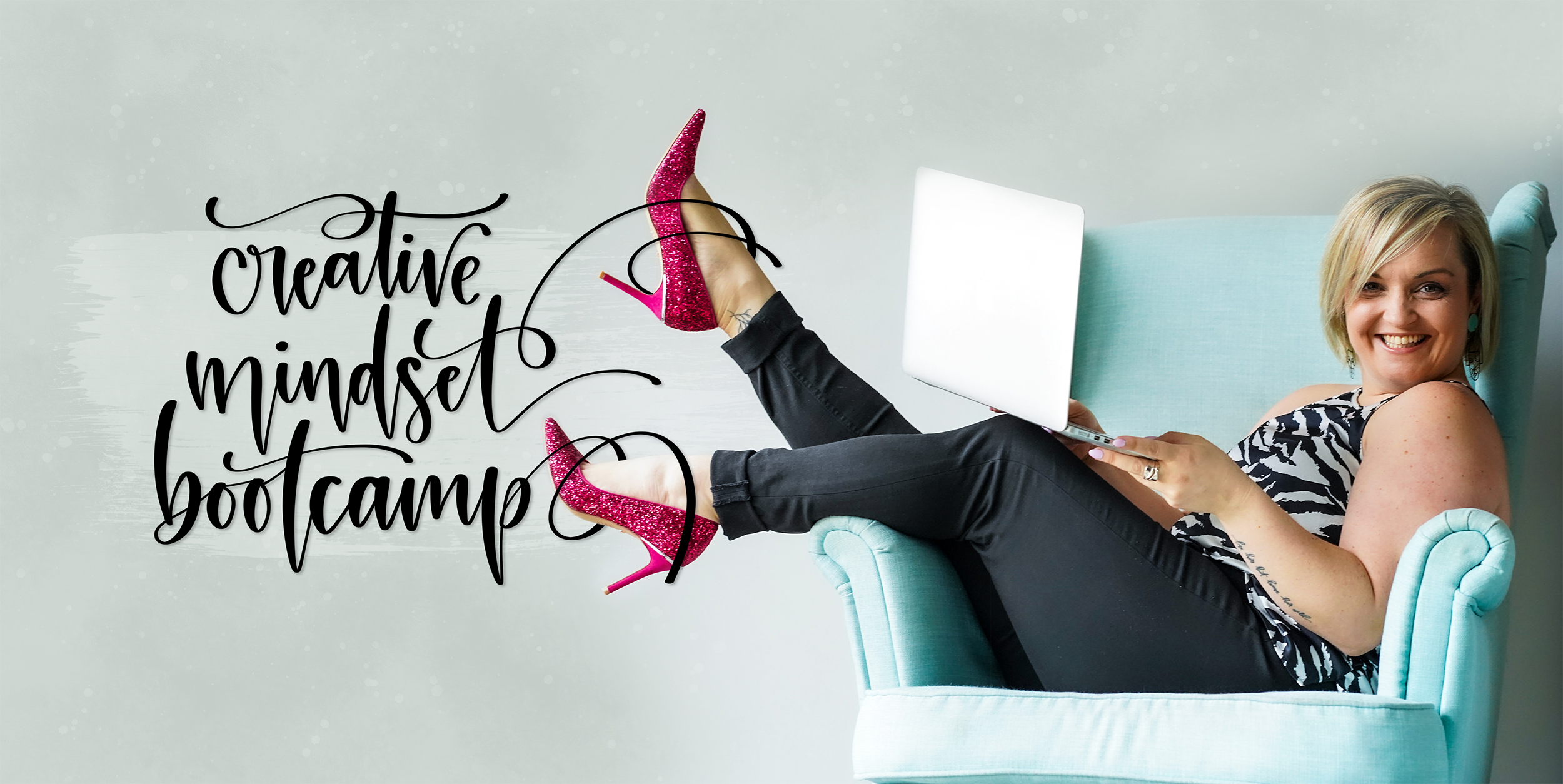 Honestly these are the two things I hear the most from incredible creatives who know they?ve got something to share with the world but they?re just stuck.

And look, if there was a magic pill we could take to cure our chronic overwhelm and raging impostor syndrome, we?d all be popping it daily.

Alas, that is not a thing.

What is a thing, is building a toolbox of strategies to cut through the bullshit, to tame that inner critic, and to equip yourself to show up like the amazing human that you are.

Before we move on though, can I let you in on a secret?

I definitely do not have my shit together.

I still struggle with impostor syndrome. My inner critic (I call her Doris) still rages at times. But over the last five years of running an online creative business, I?ve learnt a lot about myself and how to keep my head in the game.

And, real talk, having someone else to bounce things off is high on that list. Which is where this program comes in.

You can have all the strategy in the world, a shiny website, and the most beautiful art ever seen, but if you’re stuck in your head, overwhelmed, critical of yourself and unable to make decisions, you won’t get anywhere. You definitely won’t be able to build the thriving creative business of your dreams.

It’s time to re-write the stories you’re telling yourself about your creative abilities, about what failure looks like, and about what’s possible for you.

What we’re going to cover. 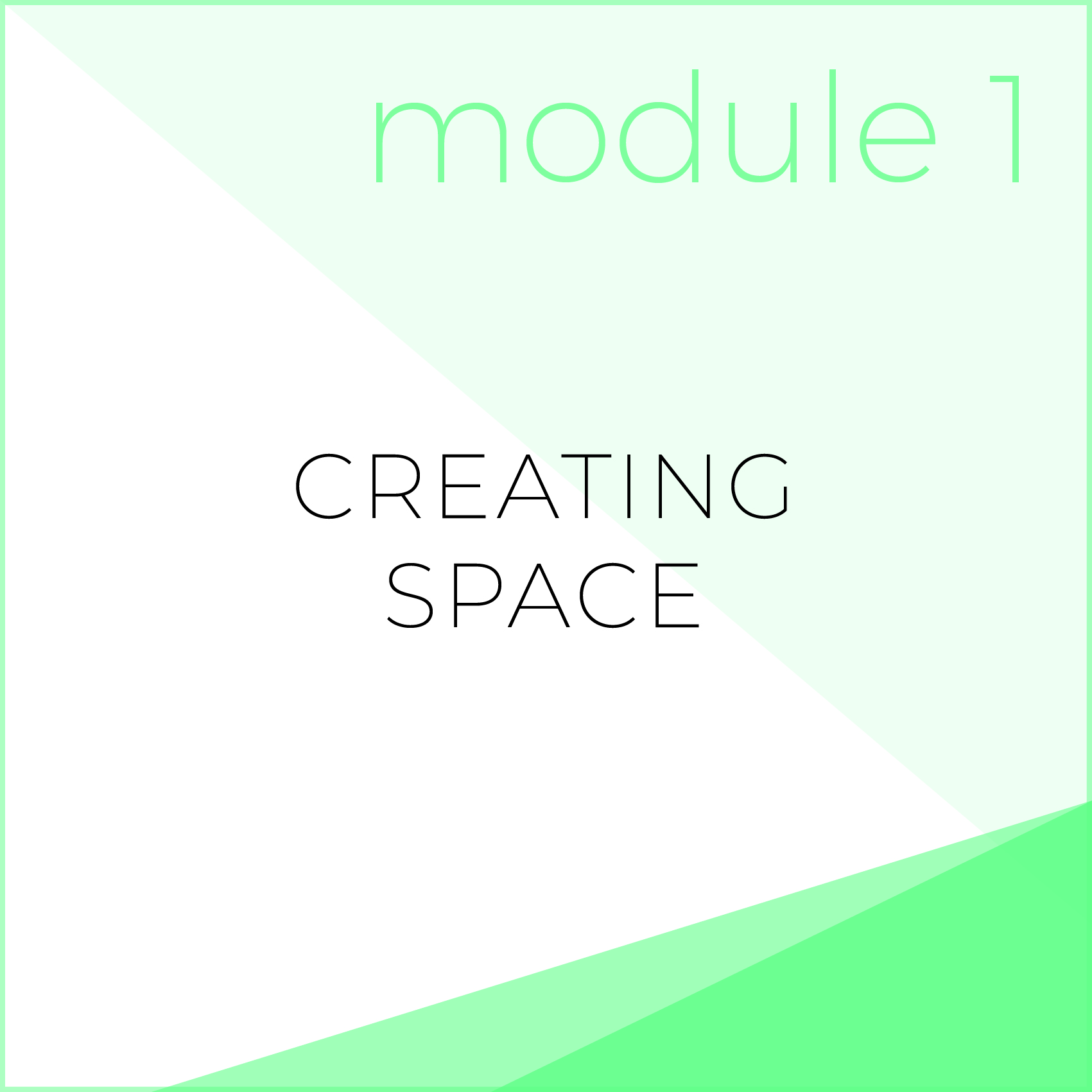 Finding time to explore your creativity, work on your business, as well as do all the other things that life seems to require of us is tough! But there?s no way to make progress until we do that. So we?re going to get honest about the stories we?re telling ourselves and the ways we?re sabotaging ourselves, examine what is in front of us, and create space in our lives for creativity and growth. 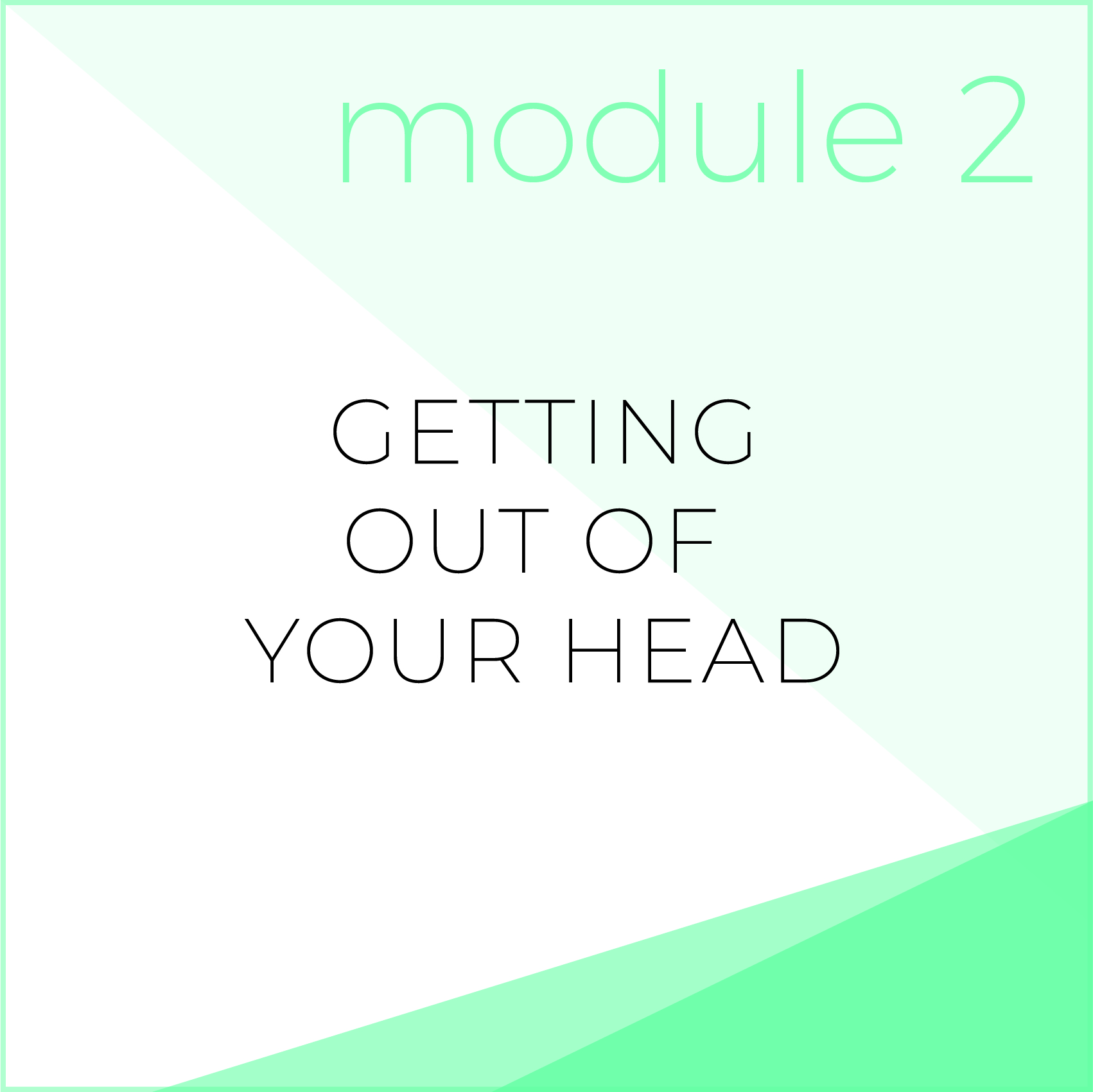 Module 2 : Getting out of your head

Once you?ve found the space, it?s action time. This module is all about building the tools to manage the overwhelm cycle, without beating yourself up further about your lack of progress (because you?re probably already very good at that). Whether it?s perfectionism, fear, or ?too many ideas? that has you stuck in your head, you?re going to discover how to move through that so that you can take action and soar! 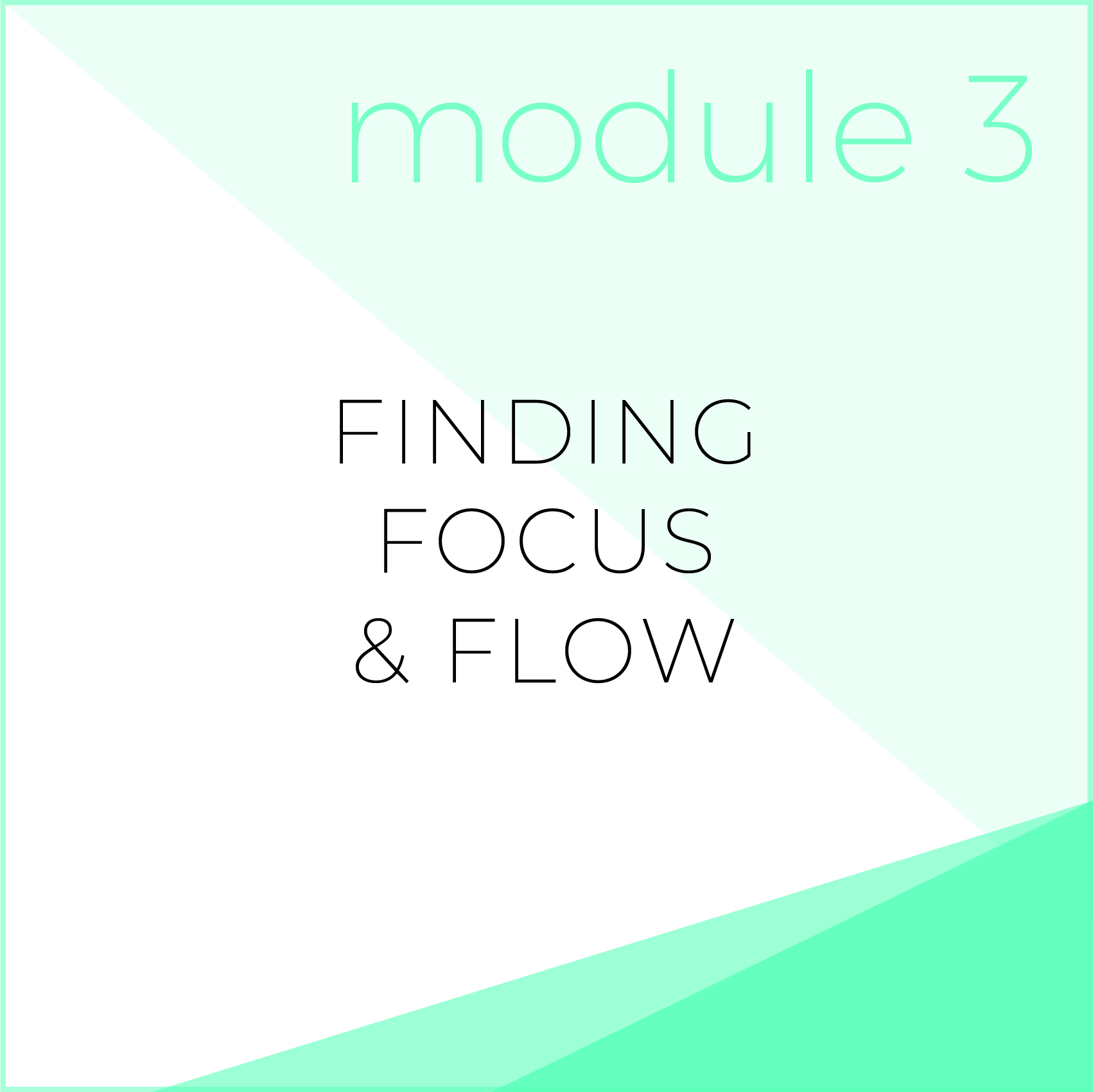 There?s no action and growth, until there is a decision and direction. This module will give you the kick you need to get super clear on what you want and strategies to help you make great decisions. We?ll be talking more about overcoming perfectionism in this module, quieting that critical inner voice, and developing strategies for objective reality checks. 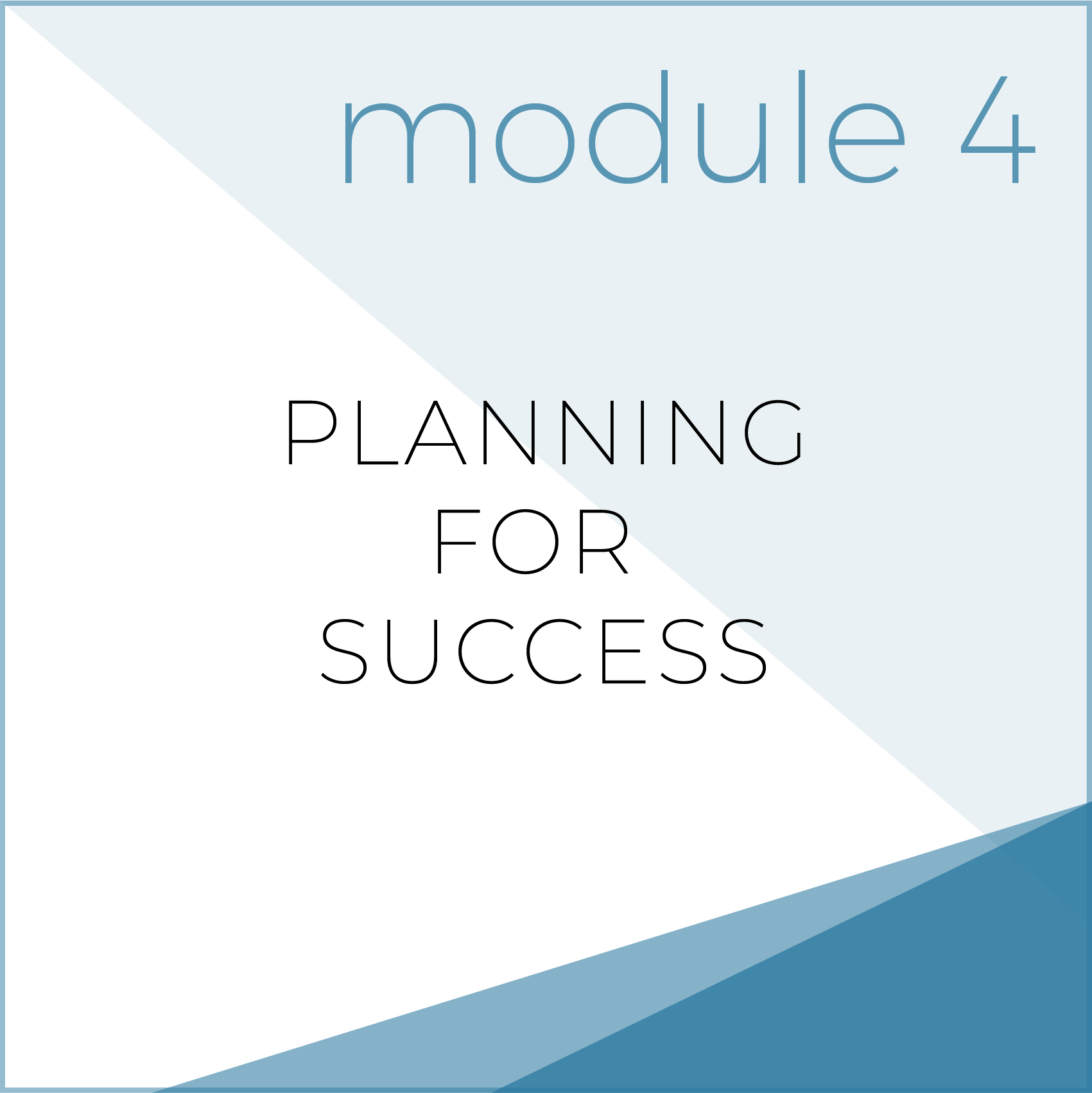 This is not a ?get stuck making pretty lists of things? lesson. Because if you?re anything like me, you?ve probably alternated between doing NO planning, and spending so much time on creating a pretty system with all the bells and whistles that you don?t get any of it DONE! This is real, practical, get stuff done?planning. So often we try and start with this step ? spend hours thinking about allll the things we have to do (and end up getting bogged down making it look pretty ? procrastination much?!). But this happens now, once you?re actually primed for action. You?ve created space for progress, your head is in the game and you know what you?re working on. 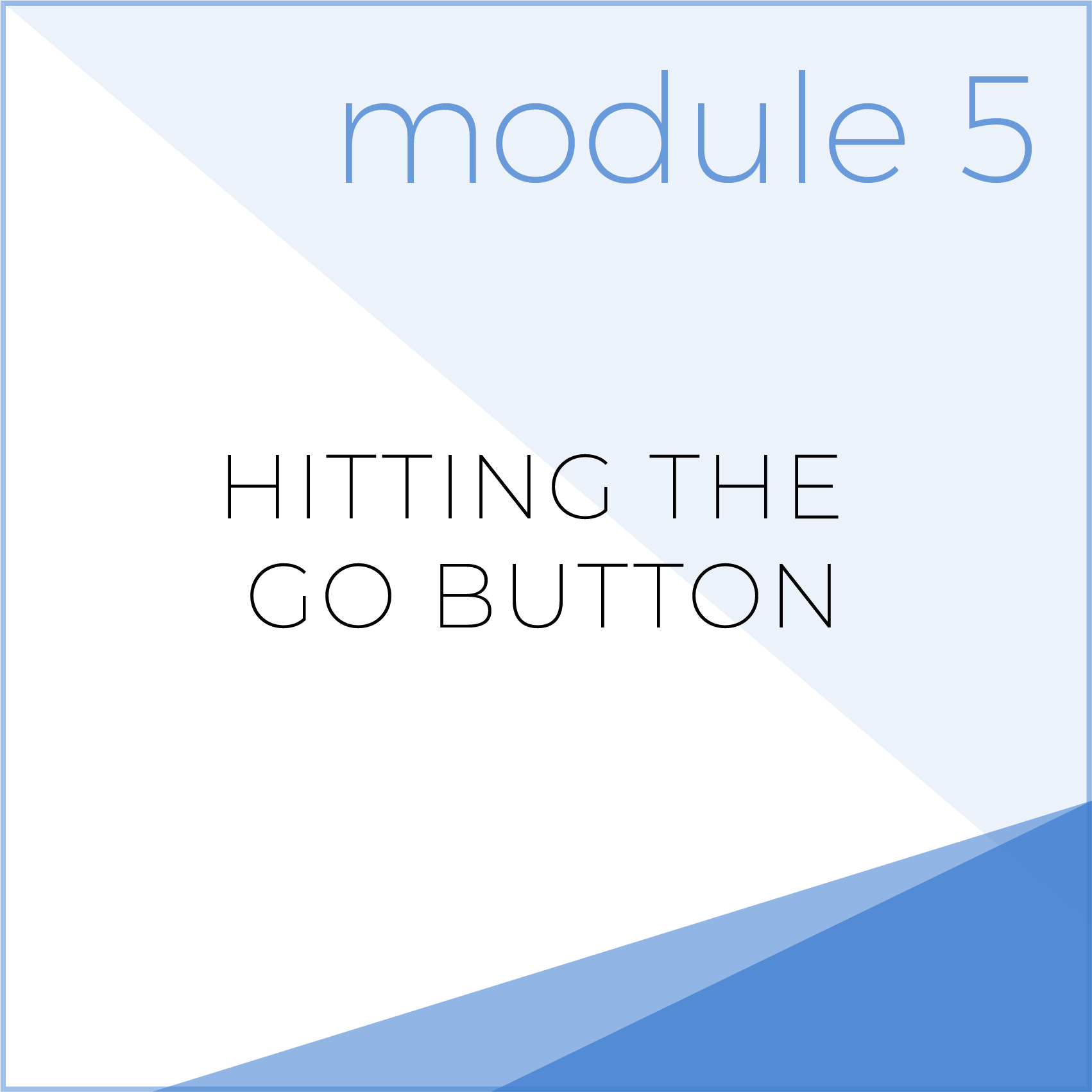 Confidence and growth takes practice. Now it?s time to implement the strategies we?ve been using and hit the go button on the thing you?ve decided to do. Each module we go through will require more attention to the stories we?re telling ourselves, and this one is no exception. 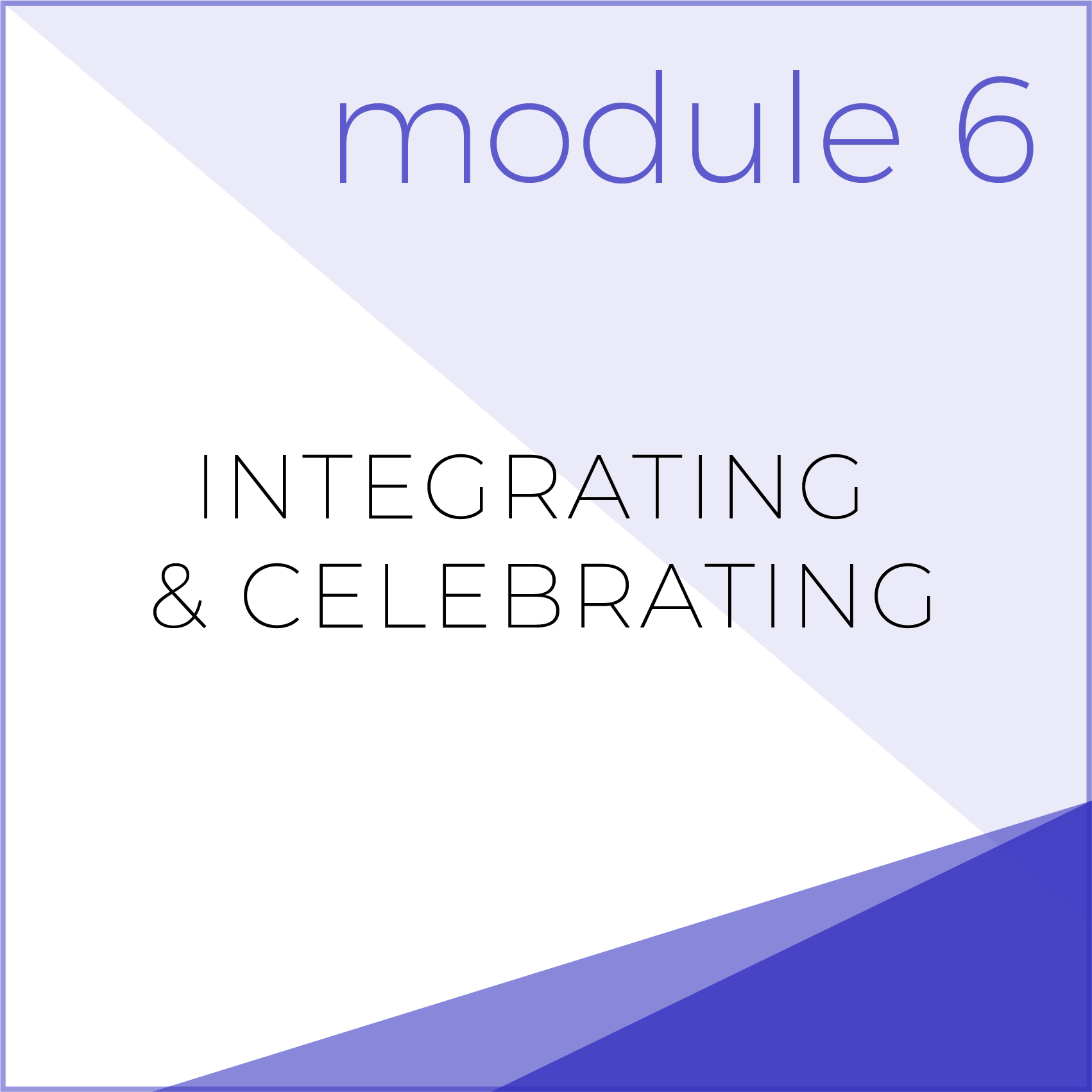 In this final module it?s time to bring it all together. You?ve shifted your mindset, taken action and discovered new things about yourself, your art, and your business. Now it?s time to celebrate the wins, realistically assess the losses, and move forward again.

Why should you listen to me?

Good question, particularly if you’re new here and we haven’t met before!

I?m Liss, I?m a single mum in Australia to six amazing humans who are aged between 5 and 16. My smallest boy child was born in 2013, and at the time I was working as a freelance graphic designer.

He was born with a congenital skull deformity (craniosynostosis), which we found out when he was about 4 weeks old. That meant he would need major surgery sometime before his second birthday. He was also a pretty intense little bub, needed me a lot, and I struggled to see the demands of working long hours from home.

So early in 2014, the idea to launch an online store was born ? I would sell typography prints and other products that would encourage people in their lives through art. 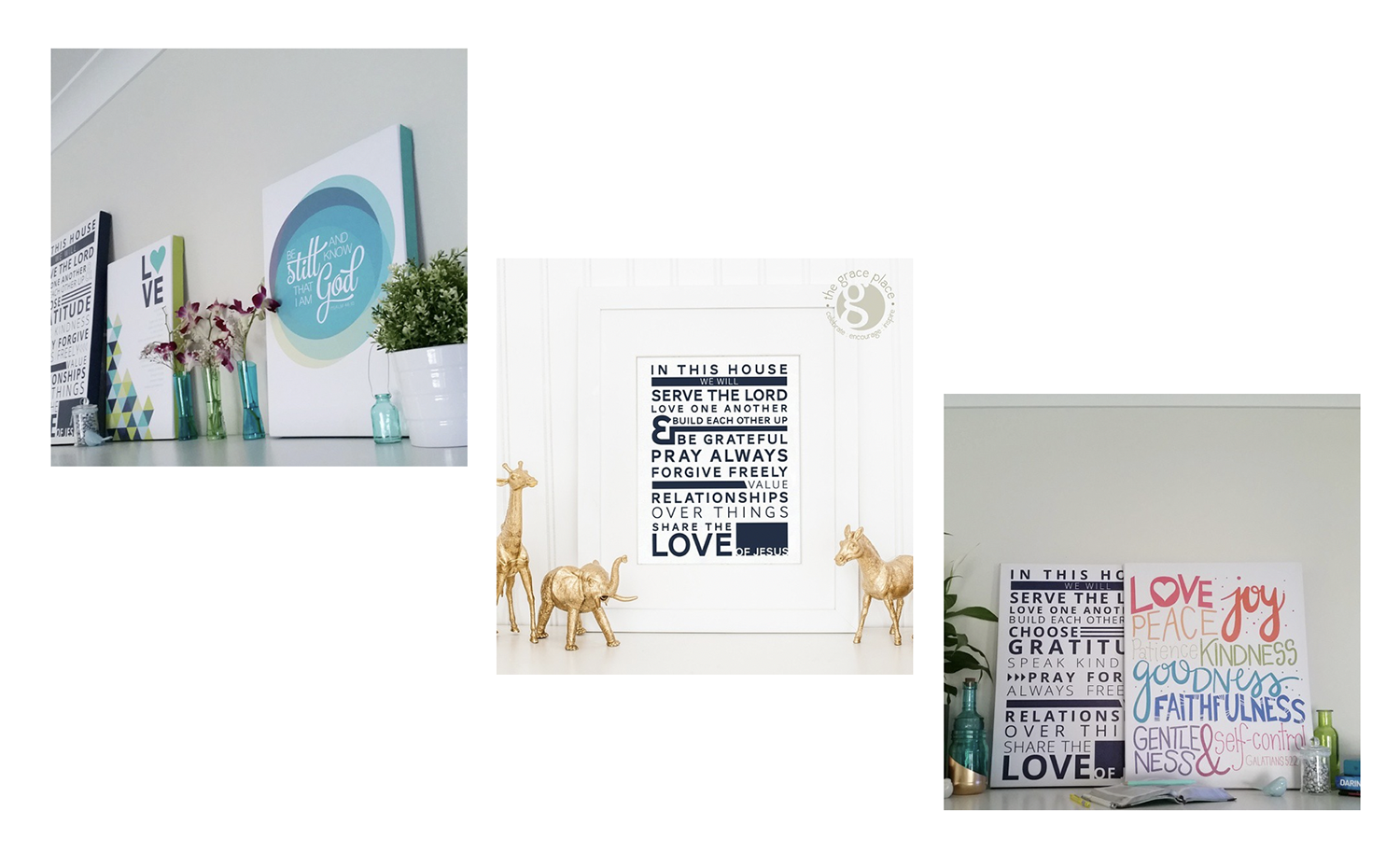 Great idea, until I implemented it and realised I?m hopeless at selling products!! All the packing and posting and organising ? ugh.

But I persisted. The smallest one had his surgery on his first birthday. This is him a few weeks after it with his cute little post-surgery head (he’s pretty proud of these photos!). 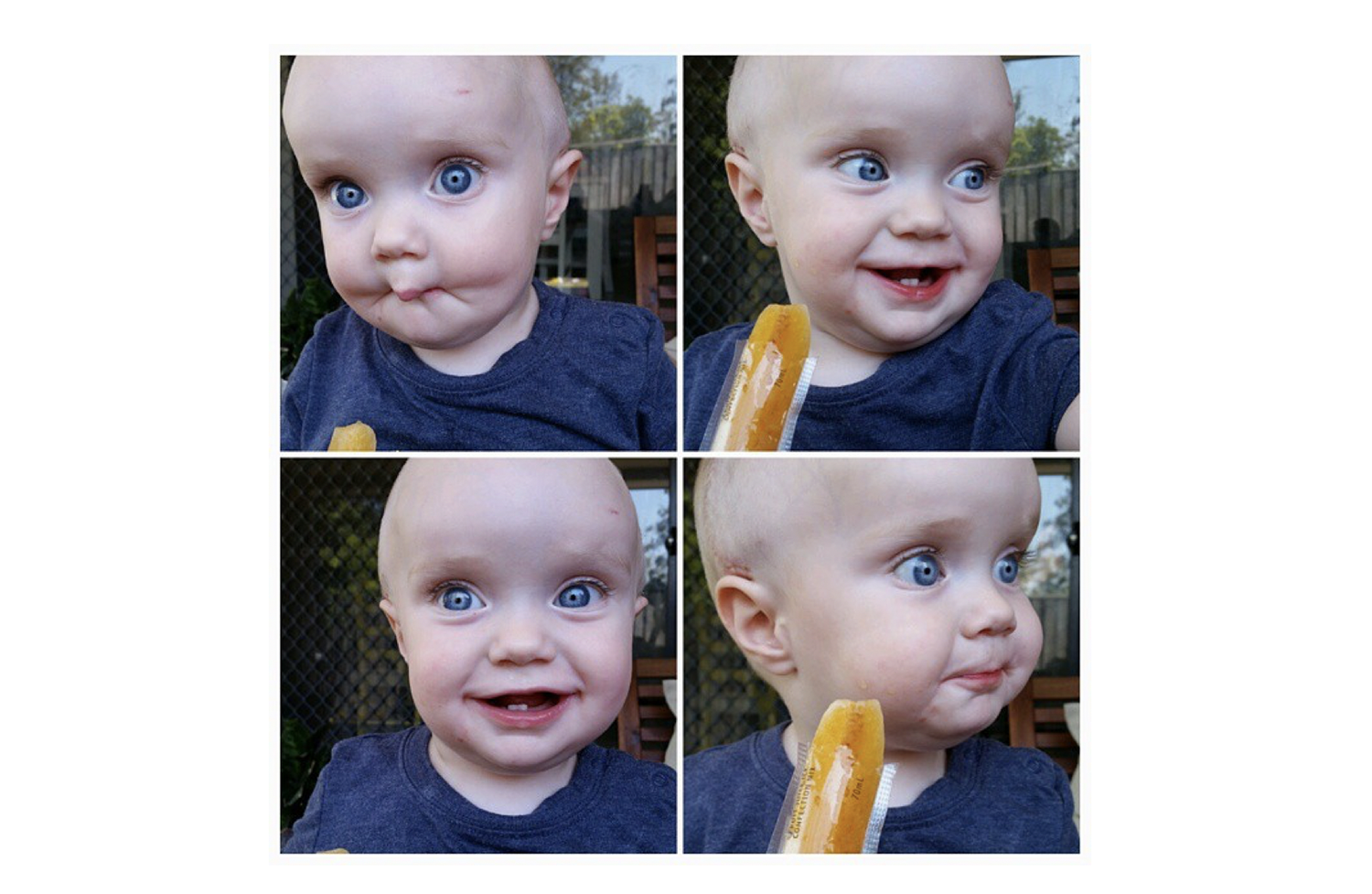 Sometime during that year I also stumbled across handlettering and modern calligraphy online. And to say I became obsessed would be an understatement.

By Christmas, I was including lots of handlettered elements in my designs. Working mostly with pens and then creating digital lettering in adobe Illustrator. 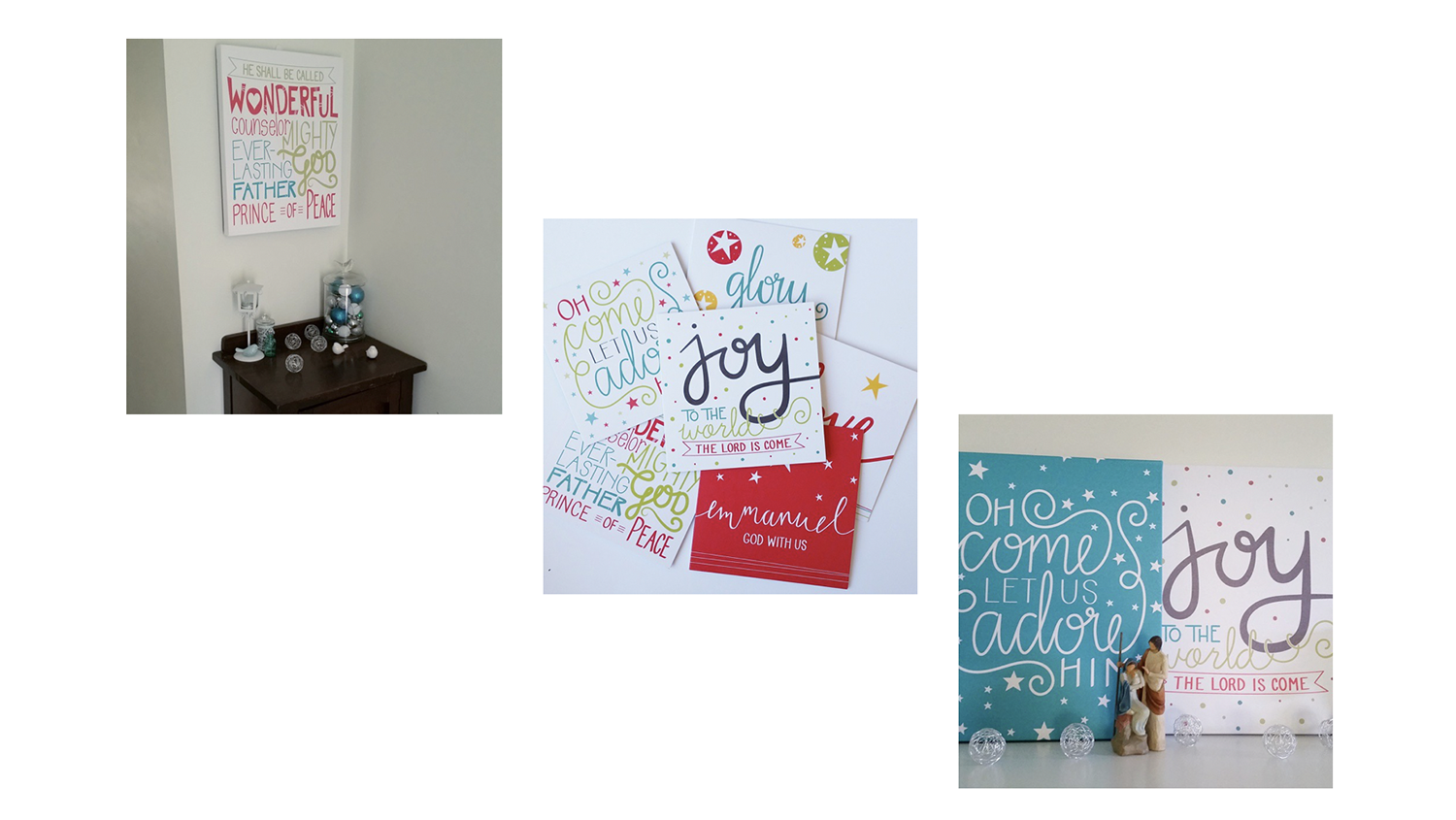 Then in 2015 I tried lots, and lots, and lots more handlettering, sharing it on Instagram, and at some point during the year changing my insta handle from the grace place to lissletters. 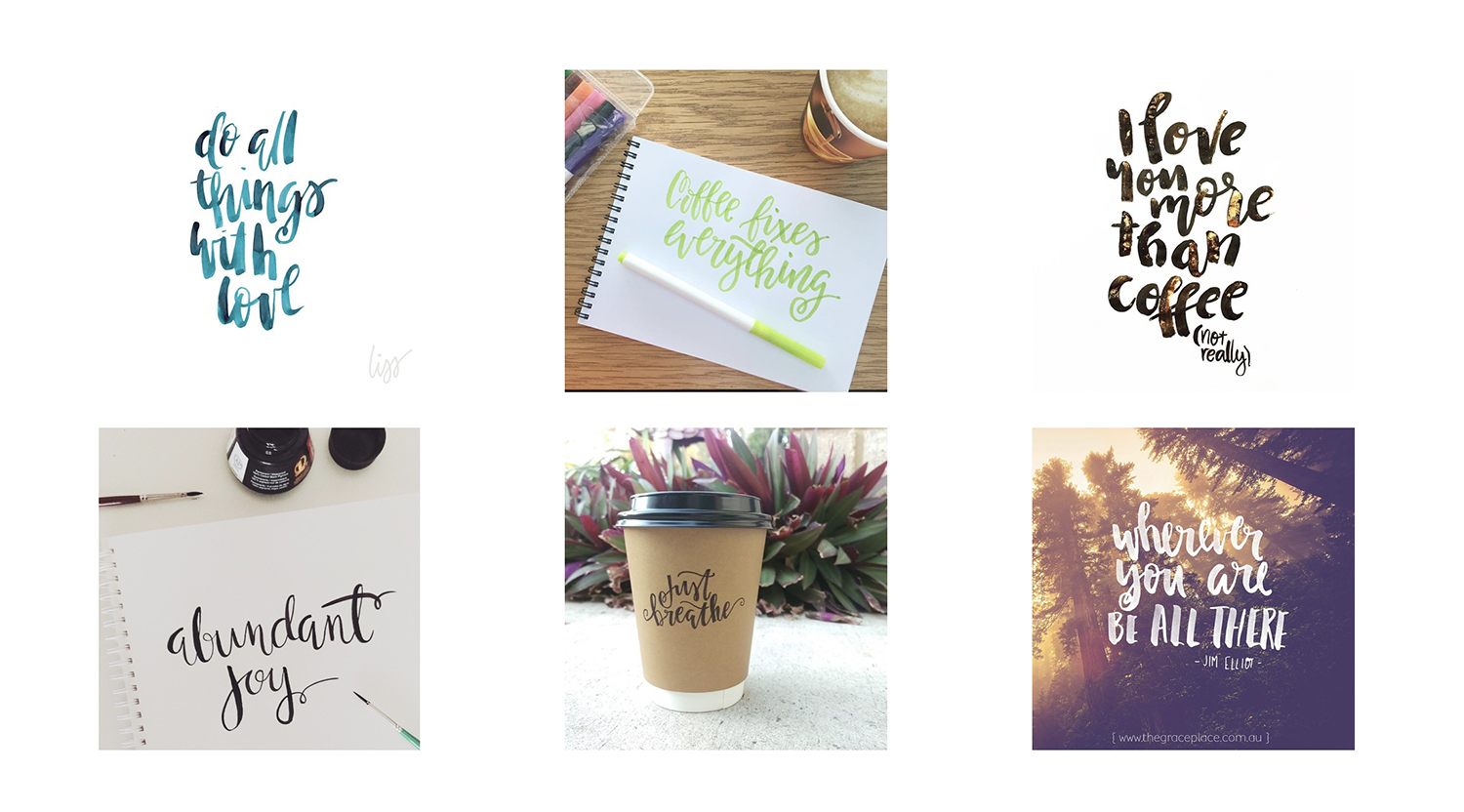 Late in 2015 I started posting short (they were still 15 seconds only) videos of me lettering on Instagram, and my insta blew up ? all of a sudden I was at 50K followers and counting. And everyone was asking me for an online course.

No-one wanted to buy my art, they just wanted me to teach them what I was doing.

So in March 2016 I launched my first online course ? freestyle calligraphy. I did over $20K in sales in 5 days and it was an amazing entry into the world of online courses.

I launched that same program again in June and did close to $40K in sales.

And then I got stuck in my head.

I was convinced that the only way to move forward was to do things the ?right? way, to learn how all the pros do it, to implement all of that and to do all the things.

It was a total disaster.

I tried a BUNCH of different things through the later half of the year, different ways of selling the course, different courses, but I was STUCK.

And honestly, it kinda stayed that way for a while.

My marriage ended in January 2017, so things were a bit messy for a while. I was trying to keep things stable for my kids, run my business, deal with all of the things.

Then towards the end of 2017 things started to shift. I finally started to realise ? thanks to the things I was reading, listening to, and the friends around me who were supporting me ? that what was stopping me wasn?t doing things the right way, or doing the right things ? it was 100% my mindset. I had a heap of hang ups about making money, selling, stories I was telling myself about failure and what it meant about me as a person. Ugh.

So I learnt how to shift that.

I worked on re-writing the stories I was telling myself.

I stopped allowing myself to get stuck in my head, and I developed a bunch of healthier strategies for managing my mindset.

Now I run my business part time, turning over six figures in the last financial year. I have the freedom and flexibility to chose when I work, to be home with my kids AND take good care of myself in the process. And I want that for you too!