My Thoughts on Apple’s 2018 iPad with Apple Pencil Support 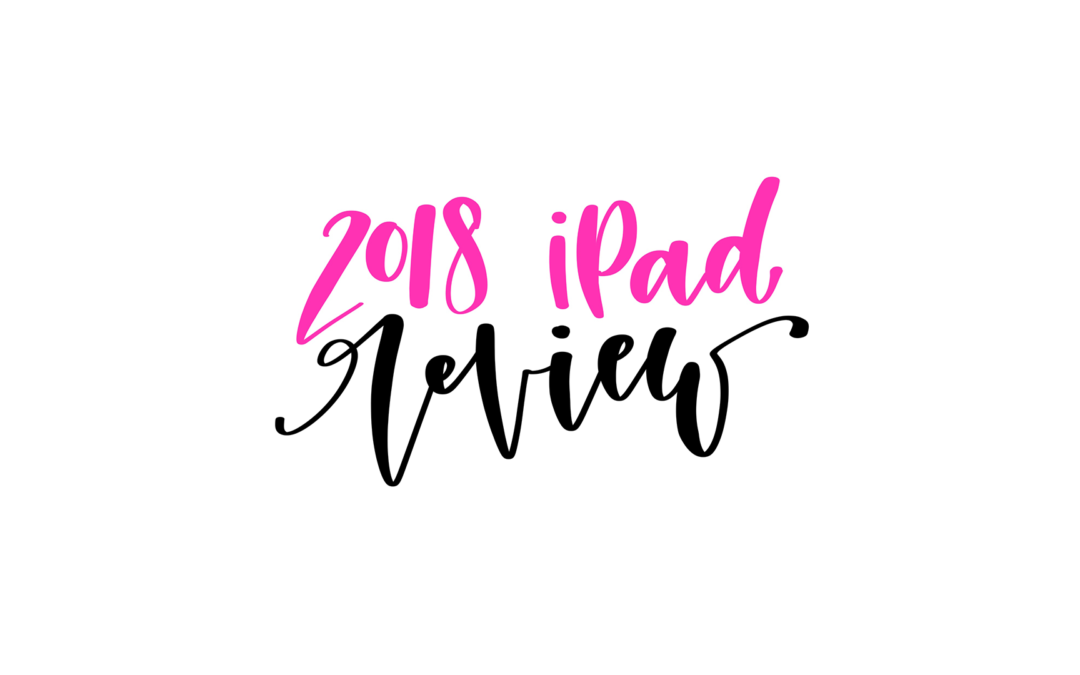 Last week Apple announced the release of a new 9.7″ iPad with Apple Pencil support. The announcement was made at an educational event, so had a strong emphasis on educational uses, but it’s incredible news for the creative community as the Apple Pencil is now available for use with entry level iPads, not only the iPad Pro range as was the case previously.

Naturally, I went out and bought one straight away so that I could give you the low down. (Ok, fine, one of my small people shattered the screen on their iPad last week and I chose to use this opportunity to justify replacing it).

I bought the 6th Generation iPad with Wi-Fi only, in Space Grey with 32GB storage.

There are lots of articles around that compare the technical specifications of this iPad with those of the previous model iPad as well as the 10.5″ iPad Pro. So I’m not going to repeat that. Besides, tables of numbers hurt my brain. I’m going to share with you my thoughts on the new iPad specifically in relation to lettering using the Apple Pencil and Procreate.

Straight out of the box it looks exactly like every other iPad you’ve had  your hands on in recent years. If you’re a tech geek you might notice little details about bezels, width, weight etc, but that’s not what we’re here for.

Lettering! We are here for the lettering. And specifically, being able to get our hands on an Apple Pencil, because all of the other options available for regular iPads suck (yes, this is just my opinion, and no, I haven’t tried all of them, but I’ve tried a good handful, and am not willing to recommend them to anyone).

Honestly, lettering on the new iPad felt almost the same as lettering on my 9.7″ iPad Pro. There is a slight difference in how the screen feels – some technical thing about a laminated screen on the iPad Pro meaning that there’s not that little air gap between the screen and the glass – but it definitely wasn’t enough to bother me when I was working on the new iPad – I only noticed it when I was moving back and forward between the two devices.

The new iPad is a little slower to move around on – files take a little longer (we’re talking seconds here, not minutes) to duplicate or open from the gallery – but again, none of that is anything like the days of waiting 10 minutes for an enormous Illustrator file to save. And the lag that some people are claiming is happening when using an Apple Pencil on this device is barely noticeable to me, certainly nothing like the odd thing that goes on when using a bluetooth stylus, or what it was like when iOS 11 and Procreate 4 decided they couldn’t possibly play nice when first released (aren’t we glad THAT got sorted out! Hooray for all the amazing people who made that happen!!)

Procreate puts limits on the number of layers that you can create at any given size in order to stop the app from crashing (because we all know that if given the chance we would definitely try to do more than the iPad could handle). The new iPad was happy to create as many layers at A4 and A3 size @300dpi as my 12.9″ iPad Pro – which is significantly more than my 9.7″ iPad Pro was ever able to.

Overall, I would still recommend the 12.9″ iPad Pro to anyone who is able to afford it, but I am aware that it’s well out of reach for many people, so think this is a great alternative.

For more of my thoughts, including what storage size I think is important and “what happens if Apple release something better next month”, check out the video below. (And yes, I’m aware I said “iPad Pro” in the first sentence, but six small people home from school holidays mean this mumma is not re-recording!)

I also did a quick Instastory review when I first opened the iPad the other day that you can view over on Instagram as one of the highlights on my profile.